In an all school assembly, Dr. Steel said, "Samsung started Solve for Tomorrow ten years ago, and over those ten years the most winning school in the country out of 20,000 entries is Gering High School." Dr. Steel announced during the program that, in recognition for the work being done in Gering, Samsung has made a gift to the school for an additional $10,000 to be used to support STEM education.

Gering High School has won over $300,000 in equipment during their three years of participation in Samsung's Solve for Tomorrow program while winning three consecutive state titles, making two national finals appearances, and winning the national competition in 2017. The program in Gering has been led by teachers Justin Reinmuth and Brett Moser. 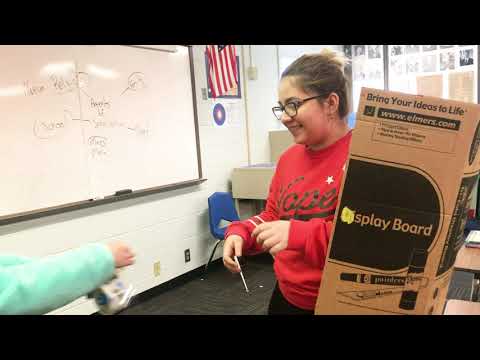 We are proud to showcase our great kids and amazing staff! At Madison Public…

“Mr. Plummer was the only teacher that kicked me out of class. It definitely left an impact on my life. It taught me how to respect others, although that didn’t come quickly… I learned from it. I’ll…”

“Not only did Randy Plummer have an impact on all his students, but he had an impact on many of his fellow teachers and colleagues. He was/​is a great mentor to many. Congratulations Randy on your…”

“Randy Plummer is seriously one of the BEST! I was so blessed to have him as one of my high school teachers/​mentors as well as a colleague. There’s nobody that has more school pride than this guy!!…”

We make films about why
public schools matter.

People are passionate
about their public schools.

Logos, images, and graphics
to spread the word.